Millionaires Mentor Teaches How to “Pimp Your Pain” 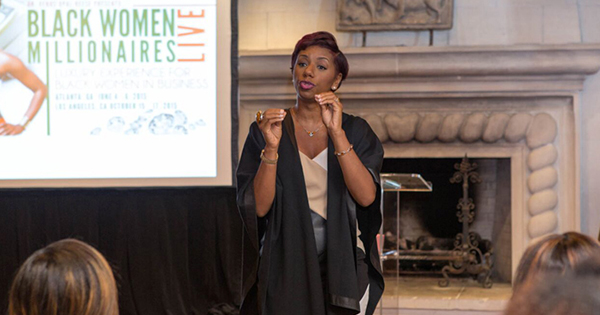 Nationwide — From sleeping on the streets in urine and beer to becoming a self-made millionaire, Dr. Venus Opal Reese, the Black Women Millionaires Mentor™, knows how to “pimp your pain” into a seven-figure business. She is now offering live training seminars for successful black women entrepreneurs who want to build a million-dollar, service-based business.

The Black Women Millionaires Blueprint™ Tour is scheduled to take place in ten cities throughout the United States and Canada, beginning Jan. 21st in Atlanta at the Renaissance Atlanta Midtown Hotel.“My clients have generated over $7 million with the exact same blueprint I will be sharing on the tour. It’s the systematic way I got myself off the streets and eating out of trashcans,” said Dr. Venus.

She believes that the secret sauce to making millions is emotional healing. “If you want to make millions, no amount of doing is going to stop you from undercharging, over giving, and doing it all yourself. Those are behaviors that are rooted in how you survive,” she adds.

During this ten city tour, Dr. Venus will share the system she used to go from homeless on the streets of Baltimore to making over $2.3 million in revenue in four short years.

Black women entrepreneurs who attend this tour will learn:

“This is for you if you’re serious about seven-figure success!” Dr. Venus said.

About Dr. Venus:
Dr. Venus is an acclaimed international speaker, CEO mindset, messaging and marketing mentor, and entrepreneur coach. She has been recognized in Ebony Magazine, Forbes andBlack Enterprise. Her goal is to teach black women entrepreneurs how to be a part of the elite 2-percent of women to ever break the million-dollar mark. For more information about Dr. Venus Opal Reese and her mission, visit www.defyimpossible.com.

Top 5 Young Black Entrepreneurs to Watch, Follow and Keep an Eye on in 2016